Our Job Board Currently has 8463 Available Openings. Is one Right for you?

Search for Jobs Apply Now Join Our Network
Resources for Travelers Client Resources
Also, Get job alerts based on your personal skill set and preferences when you join our network!

To the Nurses Who Keep Our Mothers Healthy

Written by Super User on Tuesday, May 17, 2016 Posted in Education & Career Advancement 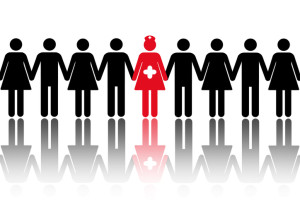 Have you ever tried to have a conversation with a friend about whether or not the public school system is flawed? Whether welfare is useful? Or whether Star Trek is better than Star Wars? These are great topics for heated debates, but data often exists to support both sides of the issue — and no one really knows the true answer.

In the healthcare industry, an equivalent debate that has been plaguing professionals at all levels is this one: Are we doing enough to prevent a greater nursing shortage in the future?

Unfortunately, there are many conflicting reports. We are seeing nursing schools recruiting based on cherry-picked data and lots of future projections about a profession that is more or less unpredictable.

The new stresses on the system — specifically President Barack Obama's healthcare law, the Affordable Care Act — are driving the demand for nurses higher than before. The recession may be on its way out, but as experienced nurses put off retirement, recent graduates have had a hard time entering the market. The result is what we all see: a high-demand, heavily burdened system with a dwindling pool of new nurses.

Is it as bad as it seems?

Some reports from the U.S. Department of Health and Human Services state the exact opposite; that in fact, there will be a nurse surplus by 2025. According to the report, the supply of registered nurses in the market is expected to increase by 33% — almost one million additional nurses. According to the report, â€œemerging care delivery modelsâ€ were not considered in the study, so that could account for the difference.

It appears that those predicting a shortage are citing developments such as the retirement of baby boomers, a larger population that now has healthcare due to "Obamacare", and a decrease in nursing school faculty as reasons for an impending shortage. However, those who believe the shortage is a myth — or even those suggesting that there will be a surplus — also believe that supply will keep up with the demand and that the numbers have been inflated or based on anecdotal evidence.

Demand is consistently rising; is supply as well?

So who is right? Only time will tell. The Occupational Outlook Handbook predicts that registered nursing positions will grow much faster than average over 10 years at 16%. However, it's very possible that those entering the workforce will find this growth rate appealing and begin to enter nursing school in larger numbers.

President of Health Providers Choice, Rose Torrento, believes that those simply looking at the numbers miss the point.

"The registration system is slightly flawed. Just because someone is an RN doesn't mean that they are practicing in that state — or at all", says Torrento. "Just looking at the data, there might not be a nursing shortage. But walking into a hospital, it's a different story."

Have you heard about our referral program? If you know a qualified candidate looking for an opportunity, let us know! Visit us online or give us a call at 888-299-9800. If the candidate you refer is accepted, you could be eligible to receive anywhere from $250 to $2,000 per referral! You do not have to be an employee of Health Providers Choice to refer.
Tweet

Rosemarie Torrento has worked in health care for more than 26 years, beginning as a registered nurse in 1988. Early in her nursing career, Torrento worked as a freelance contract nurse before accepting a position in nursing administration. During her 17-year tenure in that role, she oversaw nursing employment and travel nurse contracting at a Level 1 Trauma Hospital in Michigan. Understanding the challenges travel nurses faced, Torrento founded Health Providers Choice Inc. (HPC) in 2003. Through Torrento’s extensive experience and her role as President and CEO, HPC provides travel placement of registered nurses and allied health professionals to hospital systems nationally.

This email address is being protected from spambots. You need JavaScript enabled to view it.