Our Job Board Currently has 3916 Available Openings. Is one Right for you?

Search for Jobs Returning Applicants Join Our Network
Resources for Travelers Client Resources Healthcare Professionals
Also, Get job alerts based on your personal skill set and preferences when you join our network! 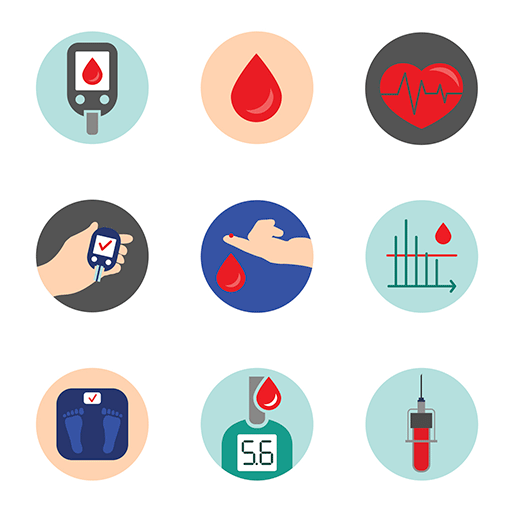 Living with diabetes can be extremely challenging, but imagine managing diabetes as a child. This was the reality for Health Providers Choice Recruiter, Paul Sturr, and HPC’s Director of Marketing, Nichole Gokenbach, who have both been living as type 1 diabetics since childhood.  Paul was diagnosed at 10 years old, and Nichole at age eight.

Paul said being diagnosed with diabetes as a child was traumatic and difficult to adjust to, but eventually became routine.

“I always tried to be ‘normal’, but sometimes you have to accept that you can’t be.”

While managing diabetes as a child was also difficult for Nichole, her older brother was diagnosed at age 14 and her mom is a registered nurse, which helped ease her transition.

“I was extremely lucky to have such amazing and knowledgeable people in my life to support me during that time,” said Nichole.

Type 1 diabetes was previously referred to as “juvenile diabetes” and was thought to occur only in children. However, people of any age can be diagnosed with type 1 diabetes, and more adults than children have the disease. Type 1 diabetes is an autoimmune disorder where the body essentially attacks its own pancreas, causing the destruction of beta cells, which are involved with the production of insulin. Eventually, this renders the body unable to produce insulin. Adversely, people with type 2 diabetes still produce some insulin. However, this production is either insufficient, or the body has become resistant to the insulin it is producing.

Technological advancements in the medical field have helped Nichole and Paul manage their diabetes more effectively and efficiently. When they first started treatments, they had to administer multiple insulin shots per day, calculate their carb to insulin ratio by hand, and constantly prick their finger to test their insulin levels. Now, both Nichole and Paul use an insulin pump, which takes away the need for constant insulin shots and finger pokes.

Despite how far medical technology has come in diabetes treatment, the disease it still something that must be taken seriously and managed closely. If your blood sugar goes too high or too low, you risk going into a diabetic coma – something that Paul and Nichole have both come close to experiencing.

Paul once miscalculated his carb to insulin ratio from dinner, which in turn led to his blood sugar dropping too low. He was playing video games online with a friend when he mentioned that his eyes hurt, and then he stopped responding. Thankfully, his friend recognized that something was wrong and emergency services were contacted.

Nichole had a similar terrifying experience one night while she was sleeping.

“My blood sugar dropped and it stayed there for the entire night. The next morning, I slept through all of my alarms and when I finally woke up I couldn’t move,” said Nichole. “The entire right side of my body was numb and I couldn’t speak. No one was home and I was unable to do anything to help myself.”

Nichole managed to muster enough energy to roll out of bed and crawl to her phone where she called her mom. She could barely speak, but was able to mumble for her to call 911. The ambulance arrived and administered a glucose IV, and Nichole quickly recovered.

Managing diabetes can be challenging and comes with a lot of responsibility, but the medical field is constantly making advancements to improve the quality of life for diabetics.

“Advancements in the treatment of diabetes have absolutely changed my life,” said Nichole. “To all of those who support or are involved in diabetic research, I'd like to say thank you.”

Paul wants to warn people that if you think you might be a diabetic – get checked out by your doctor immediately. Common symptoms of diabetes include: